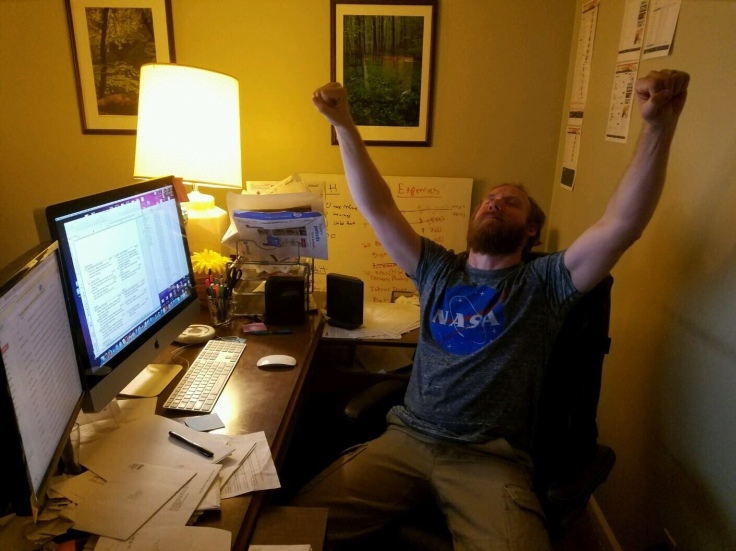 An elated Ron Shea, founder, owner, and Brewmaster of Akron’s R. Shea Brewing announced on Facebook this morning that after close to ten months of back and forths with multiple banks, many rejections, and endless projections and spreadsheets, that he has finally secured financing for a $1.6 million expansion to bring a production facility and restaurant to downtown Akron.

We have found a bank that is 100% on-board with our Canal Place expansion plans with terms that I can live with. Nothing has been inked or signed, but unless anything materially changes on my end in the next few months, it’s a done-deal. The items I now can move forward with are full architectural prints and getting my GC to get bids from subcontractors for the build-out along with project milestone completion timelines. Once the bank has this info, I can sign the loan (and my lease). THE ONLY THING THAT I HAVE TO DO is to raise a ‘small’ amount of equity. This is nearly a $1.6million dollar project. I need to raise an additional $100-200k for the bank. This is actually great news and should be easily attainable. Most banks don’t want to finance the build-out (~$700k) as it is a lease…which means that they wan’t me to pay for that itself. Subtract the $300k tenant improvement allowance and that is still over $400k for me to come up with (myself or investors). This bank is ok with the build-out financing as they believe in the business plan and job creation. So while the architects and GC are doing their thing, I am working on an equity/investment offering package to cover this shortfall for no more than a dozen interested individuals. And to those of you that suggest that I should crowdfund that, that’s not doable for the timeline as those funds have to be ‘seasoned’ for months in an account which will only put this more behind. We will crowdfund some other stuff and offer some cool schwag, but we just can’t for this part of it. SO WHAT AM I WORKING ON NEXT? The investor package and presentation, architect and GC questions and also some staffing changes at The Valley location in expectation of this change…more ‘official’ positions, etc., so we will have the talent to handle both places. THIS IS FRIGG’N EXCITING!”

The R. Shea Brewing Universe is a public group on Facebook, separate from the actual R. Shea Brewing Facebook page. Ron regularly posts lengthier updates, mostly in regards to this current large scale project. You can go there and join to stay abreast of developments as he moves forward toward executing his vision of an Akron Brewery District.